Inspired by a Song

Good afternoon everyone.
My weekly visit to Through The Purple Haze challenges. This means I'm still in for the running for the MEGA prize at the end of the year. Hanging in there - YESSSSSSS.

This week the theme is "Inspired By a Song/Book/Film/Cartoon"
Now when I saw that theme, and I have no idea why, the silliest song popped into my head. Little Boxes!
"Little Boxes" is a song written by Malvina Reynolds in 1962, which became a hit for her friend Pete Seeger in 1963. All made out of  "Ticky-Tacky".
Mine don't look exactly the same but they're made from the same free paper pad that came with a magazine at some point and have been taking up room in a drawer since. I do think they're rather tacky and could not bring myself to use them on a card for example. One big advantage - they're already cut to 6" squares. Ideal for making origami boxes. All 24 of them to make an advent calendar for my Grandson. 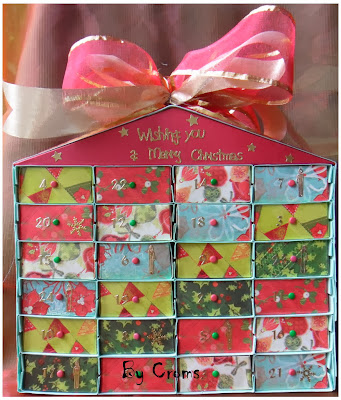 All the boxes were lined with a small piece of card covering the base and the front side after attaching a brad drawer handle. They were then linked up with folded card with more of the same to go all round after fashioning a top and back to make it look a bit like a house. This also meant I could add a little sentiment. 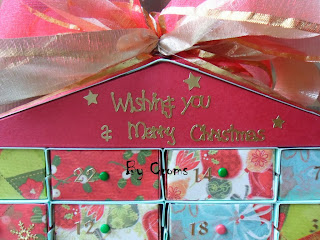 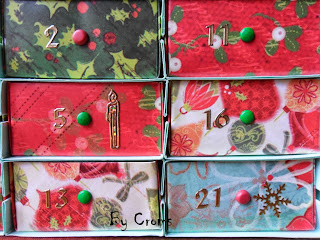 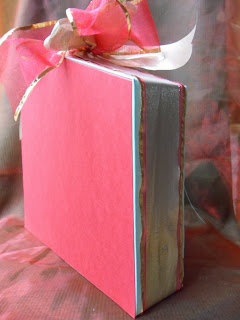 Peeloffs - again from my long forgotten (and never used in the last 2 yrs) stash and ribbons to make it look like a present.

Each of the drawers will contain a small gift of some sort, one drawer per day in December leading up to one of his favourite days of the year when Santa might deliver some pressies.

There we have it. Not my usual kind of make - but useful - it will be.

I'd like to enter this Advent calendar into the challenge at
Through the Purple Haze - Inspired By a Song/Book/Film/Cartoon
Posted by Croms' Cubby Hole at 15:19

Email ThisBlogThis!Share to TwitterShare to FacebookShare to Pinterest
Labels: ThroughThePurpleHaze